I’m really a big fan of oEmbed. My project Daily Fratze acts as oEmbed provider and consumer for example.

Now I’m really happy that twitter announced that it now acts as an oembed provider:

(I’d even be happier if twitter would autodiscover providers 😉 )

To use this in a Java based application you can use my java-oembed lib with the following configuration:

Be careful to get the latest release, twitter has some real large values for cache ages and i needed to update a member from int to long.

To have WordPress automatically embed statusupdates, add the following line to the “functions.php” of your current theme. Create the file if it isn’t available in the root folder of your theme:

Whenever you add the plain link (whithout an anchor tag) to a statusupdate on a single line in a post, it will be embedded like the example above.

If you are more into plugins, just download my Enable Twitter oEmbed WordPress plugin, install it and you’re good to go.

An alternative to oEmbed for Twitter was the Twitter Blackbird Pie Plugin for WordPress, but why adding more stuff if everything else is already there? My plugin is much more lightweight. 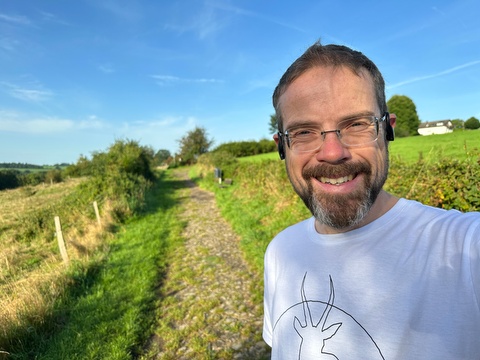 the picture will always show my latest update on daily fratze.

As this is probably the last post here for this year, i wish every visitor some nice christmas holidays!

This entry (permalink) was posted on December 20, 2011 at 12:48 PM by Michael, tagged with oEmbed, Twitter and categorized in English posts, Java, Wordpress.