The featured image on this post is from Cycologygear. I love their shirts and have several of them. Highly recommended products. If you need some new jerseys, go check their shop!

Some days ago, Simon Maple asked the following question on Twitter:

I need to lose weight. I need to be held accountable when I slack (hard as a frequent traveller). I should show my results in an online chart. Maybe have others do it with me and share their results too? Anyone want to join me? I wonder how much we could collectively lose!

Let me tell you a story. I’m an avid cyclist and run this site for quit a while now. I’m commuting about 20 to 30 kilometers a day now for more than years by bike. Before I had kids, I was into mountain biking. Nowadays more road race. In short: I always considered myself “fit”. Seldom out of breath when going up some stairs etc.

The following picture has been taken in the summer of 2016 and though it was a marvelous moment with my kids on an old boat, I thought: Wow, is that really you? Age 36 back than… 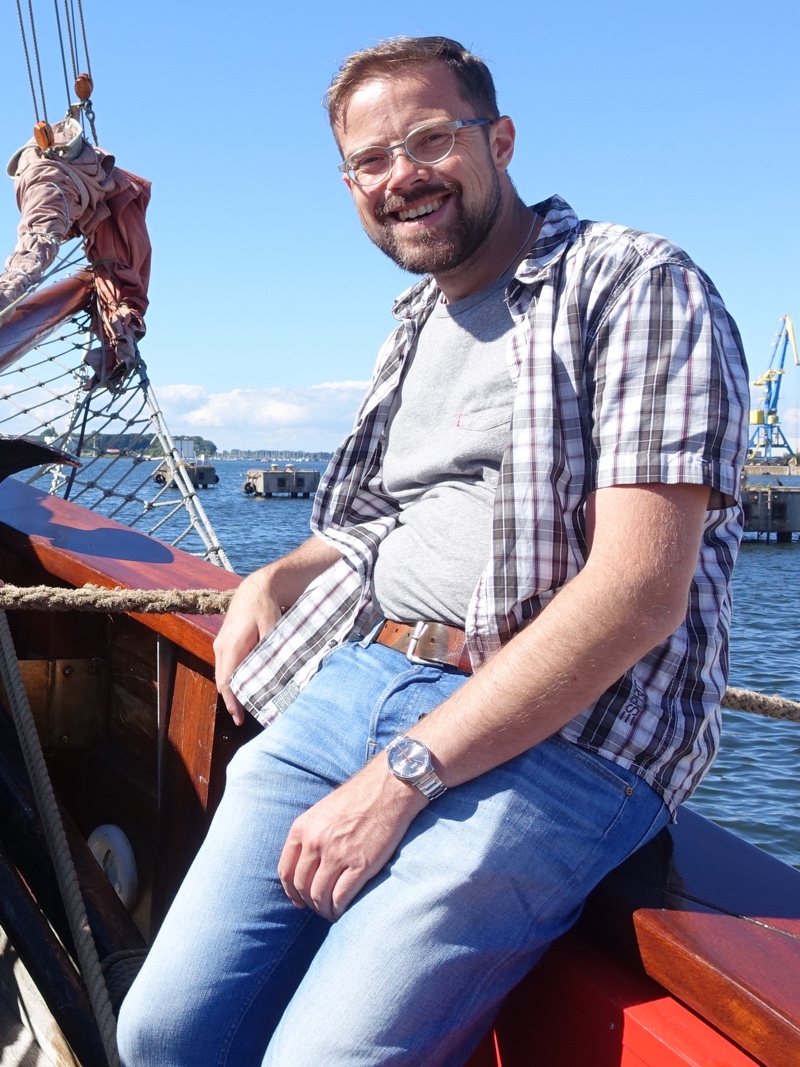 I still felt fine though some shirts and a couple of trousers became a bit small. I ended 2016 with about 85kg (I’m 1.86m tall). In 2017 I did a lot of conferences and user groups, drank a lot of beer and spend my whole spare time in front of a computer writing on my second book and by summer of 2017, it really did show and wasn’t feeling fine at all.

Not only I reached around 88kg, I was perceived ill the whole spring, usually tired and in short: Did not feel good.

I have a history of overdoing things. Being it work, sports, eating and drinking, so I was a bit anxious if buying a Garmin vívosmart® HR+ and a one year subscription of myfitnesspal was a good idea. Especially the later triggered some long forgotten memories with me.

I bought both nevertheless and the result is great. Actually eating more conscious and getting back a feeling what food contains a certain amount of calories was the main win of using myfitnesspal. I configured the app with a target weight of 80kg and a pretty though number of maximum daily calorie intake. I’m a bit stubborn on these kinda things and I wouldn’t recommend it for everybody. Anyway: I reached my goal – starting in July 2017 – by the end of October 2017 and since then, I’m around 79kg, given or take.

The other important aspect for me was doing some stuff I didn’t usually do: 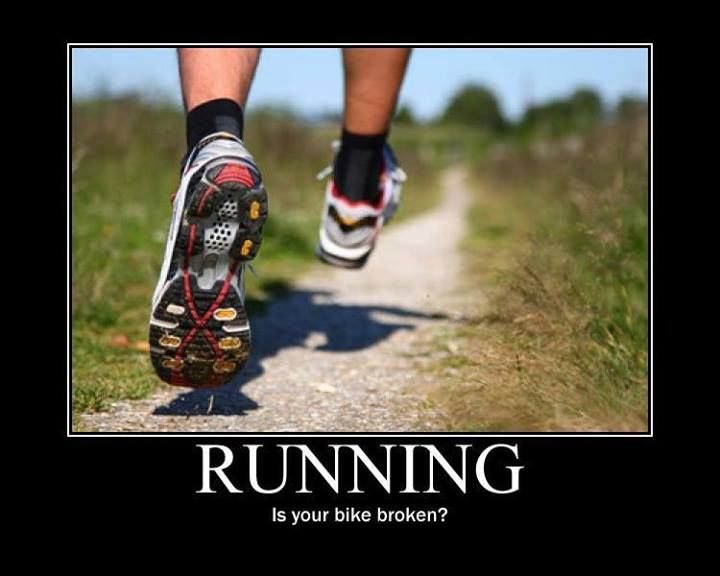 The first running activity in 2017 did hurt. My muscles and my mind: Am I that slow? That soon of of breath? Holy cow… I tracked it with the vívosmart mentioned above. About 4km with a pace of 7:49 min/km. Oh boy.

I kept running and by the end of September I managed reach paces around 6:10 min/km consistently. That’s when things started to hurt less and actually became fun. What doesn’t work for me and probably never will is sports in a gym. Essential for me is actually being outside. Running is considerably easier in autumn and winter than cycling: Not much equipment you have to take care for, just throw everything in to the washing machine and be done with it.

No sports without a battle of equipment and materials. I sold the vívosmart to my friend André and gave myself a nice birthday present, a Garmin fēnix® 5S, a device I could wear the whole day: 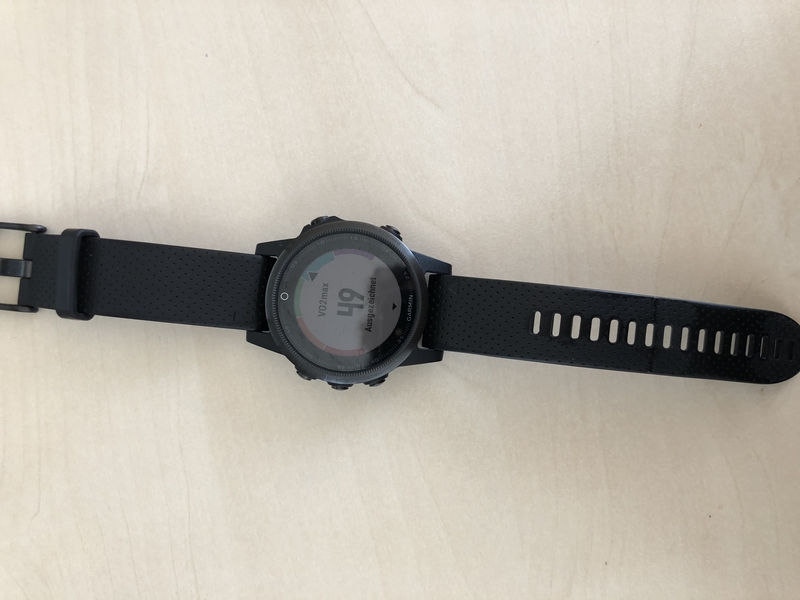 You can read about the fēnix 5S for example at DC Rainmaker. For me, it stood up to all it’s promises, especially a battery life for about 7 days with 3 or 4 trainings. I never really wanted a Smart Watch, quit the contrary, I’m a fan of analog watches, but I do like having some notifications on the watch, like text messages from my “favorite” contacts. I do like however the fitness tracker and it’s reminder to get up once in an hour. I’m the kind of person who – when in the flow or really deep done into a problem – doesn’t get up from the chair until problem solved or the bladder ultimately demands its rights, so that improved daily life (work).

I tried to use the sleep tracker, but I don’t like having something around my wrist in my sleep, but I did set the reminder to get into bed before midnight.

I both like Garmin Connect and Garmin Connect Mobile a lot. You’ll need the later on your smartphone to configure your device. Both works as expected. Sometimes the bluetooth connection gets lost but force quitting the app and restarting it helped always on iOS. Both apps offer some good insights. Not sure if they are physically viable but I do like the relative measures. Also, after using the device now for a year, I’m pretty happy with the running result of 725km: 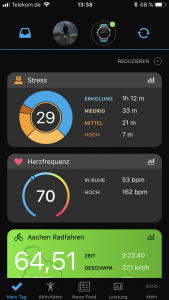 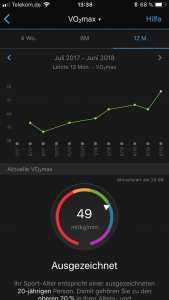 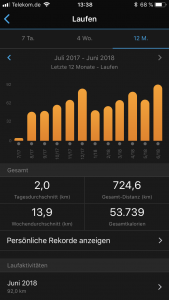 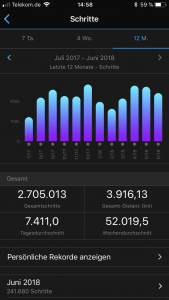 What really baffled me is the step counter, though: I walked nearly 4000km in a year.

I managed to ran 3 half marathons since December 2017, two of them under 2 hours, the third was at the beach and that was… pain 🙂 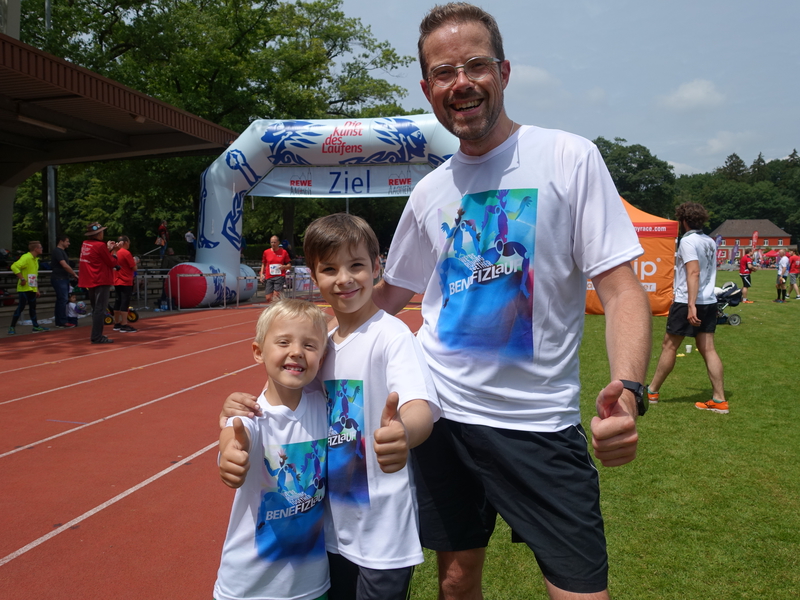 I’m quite often late to the party. This time for Strava. Many friends tried to convince me to join there but I just did this month. While I keep my Garmin data by myself, I opened my Strava profile and also added some images for my preferred routes. The Garmin Fenix 5S supports Strava live segments and that’s actually a fun way to battle oneself with other athletes for the fastest pace etc.

Anyway. Those numbers aren’t actually that important. I appreciate the measurements because it motivates me to get up and do something, but they are not something that defines me. And the same holds true for (our) passion for work. Reading this post on my IT blog probably means you’re yourself into computer science, programming etc. For whatever reason many of us kinda get sucked into this whole thing and spend more time than it’s healthy with IT. Myself: Not an exception. Shifting some habits did help me a lot, not only being fitter, but focussing more on work in the end.

While being outside and working out helps on clearing ones mind (at least with me), it also helps learning and reading about other things not in our profession. At the moment I am reading the German version of Ken Wilbers Integral Meditation: Mindfulness as a Way to Grow Up, Wake Up, and Show Up in Your Life and it gives me a nice mental shift. Last year I was occupied with the Black Swan by Nassim Taleb for some time.

In the end, it’s a bit of cognitive therapy: After realizing that I have to change habits to change my perception on a lot of things, one thing came to another and nearly 2 years after the first picture in this post has been taken, I feel a lot better and also happier. Not always, but often.

And if that all doesn’t change a bit, maybe just go outside and play ball: 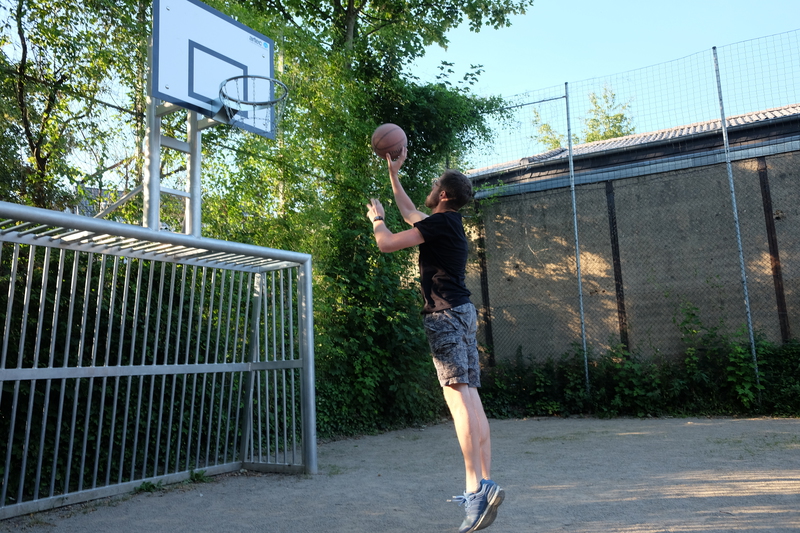 This entry (permalink) was posted on June 28, 2018 at 9:02 PM by Michael, tagged with Thoughts and categorized in English posts, RL.